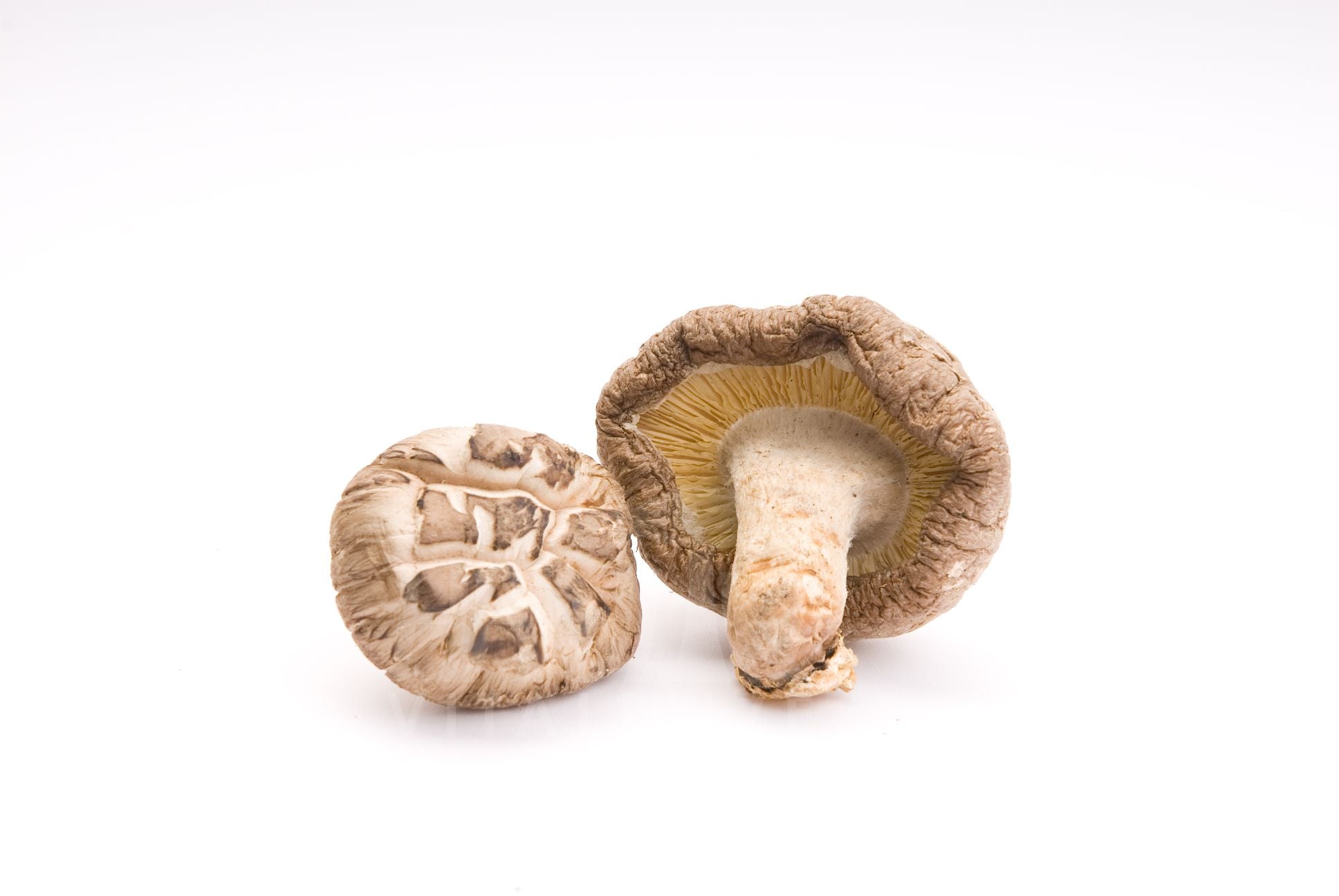 Shiitake (Lentinula edodes, “the queen of mushrooms”, Xiang Gu /sweet-smelling mushroom/) is a polypore wood-decaying fungus which can be found on tree trunks, stumps, and logs or cultivated in the domestic environment. This is the same substrate that sustains it in the wild, especially leafy trees. Shiitake doesn’t grow in Central Europe. It has a scaly, light- to dark-brown cap which is 5-12 cm in diameter and sits on the top of a stalk around 3-5 cm. The flesh is firm and gives off a strong smell. This makes it an ideal cooking ingredient, particularly in regard to Asian meals as shiitake is native to the local environment. Asian countries are also its largest producers. Cultivation and mainly medicinal use of this mushroom have a long-standing tradition in Asia, especially in China and Japan, where it numbers literally thousands of years. Japanese records from 199 AD describe how members of the Kuysuy, a Japanese tribe, brought shiitake as a gift to the Japanese emperor. Historic volumes of traditional Chinese medicine also make frequent mention of shiitake, calling it the elixir of life. Texts written during the Sung dynasty (960−1127) even detail the beginnings of its cultivation and purposeful growing. In 1313, another text was written, this time by one Wang Cheng who specified the shiitake cultivation method. Currently, the mushroom is grown all over the world for commercial purposes. It was first described to our modern world and classified in 1877 by M. J. Berkeley who called it Agaricus edodes. The name survived until 1976 when D. Pegler moved the mushroom to the Lentinula genus.