The Mountain Thunder tincture is based on the traditional She Mu Tang blend, administered by Chinese medicine practitioners. 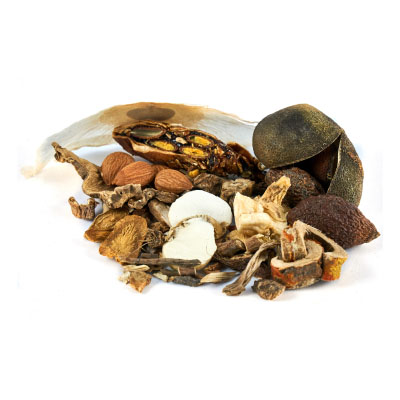 According to Chinese medicine, Fei (the lung system) is the first one to be attacked by external climate pathogens (Han, Feng, Re, Shi...). subsequently  such attacksdisturb the circulation of Fei Qi (lung energy) which starts dropping instead of growing. The blend contains herbs that can restore Qi circulation in the  lungs, and at the same time remove the climate pathogen that attacks the body.
It can also be used by smokers. In their case, lungs suffer from long-term attacks by the hot Re pathogen which, once again, disturbs the circulation of lung Qi.

Tongue: according to the prevailing pattern

Pulse: according to the prevailing pattern