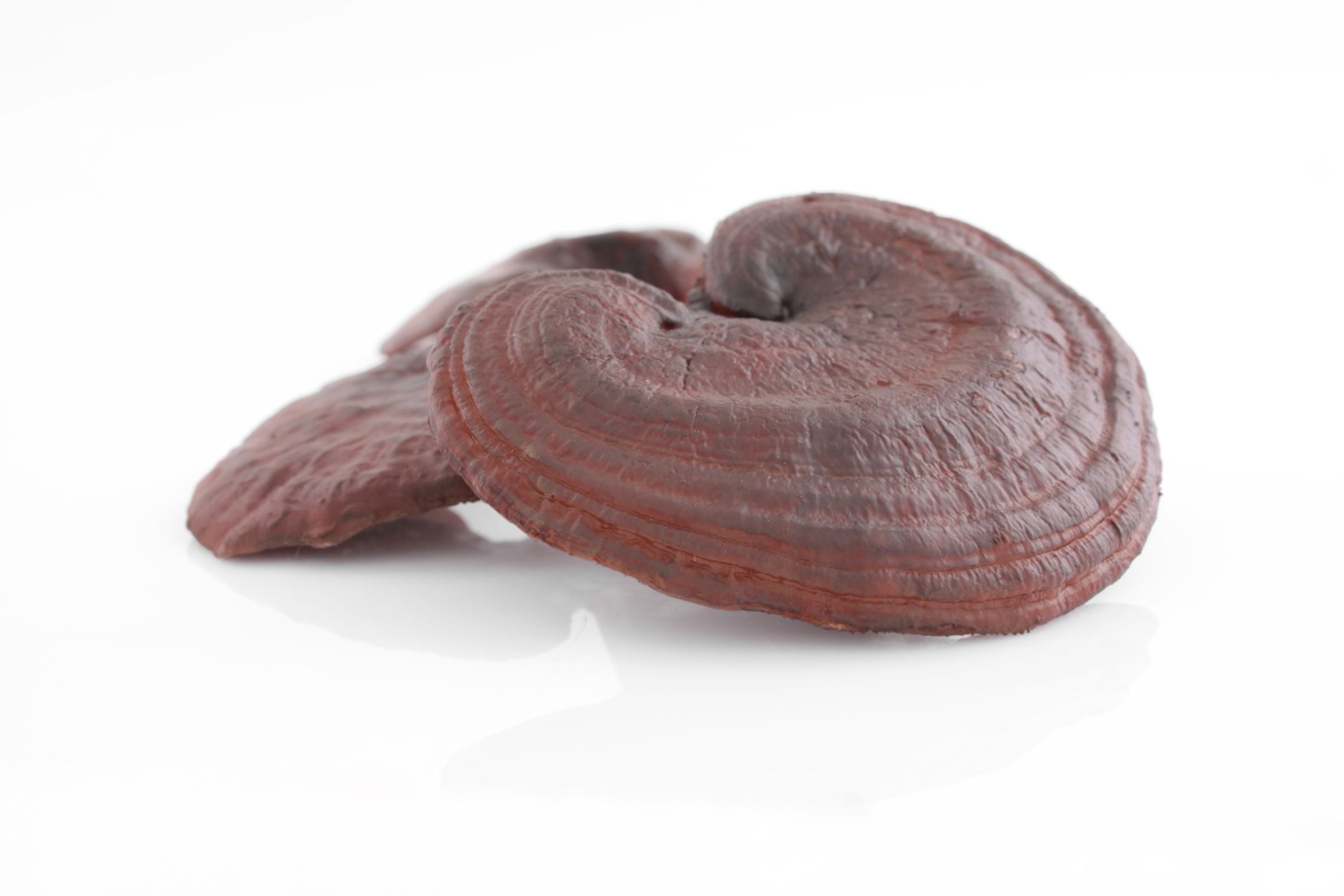 Reishi (Ganoderma lucidum, Ling Zhi, “the divine longevity mushroom”) is a wood-decaying polypore fungus from Asia, a member of the huge Ganodermataceae family that includes more than 210 Ganoderma species. Reishi has a semi-circular or fan-shaped cap which is typically shiny, as if varnished, hence the name. The fungus mainly grows on wounded living trees or dead trees and their stumps. It’s usually found on broad-leaved trees and beeches. reishi mushrooms are rarely seen in the wild but since the demand is high, they’re grown in large quantities commercially in grow houses. Their cultivation and artificial growing date all the way back to ca 1970. To engage in cultivation, a producer must have a good substrate at their disposal so the fungus keeps its composition and remains a source of biologically active substances which support the organism. This has been successfully achieved as mushrooms grown in grow houses now serve as an adequate replacement for those grown freely in the wild. Thanks to this, reishi’s individual developmental stages can be fully harnessed, i.e. ripe mushrooms, mycelia, spores, etc. In each stage, the fungus may have a slightly different composition, contain higher amounts of certain substances, or lack in others. Although reishi’s composition wasn’t known over 2,000 years ago, people in Asia were already using it to treat numerous health problems. At the time, it got the nickname “the longevity mushroom”. There are many written historical records of its effects and influence on human health, as well as for its use. reishi is also mentioned in the Shen Nong Ben Cao Jing “herbal” which dates all the way back to the Eastern Han dynasty, i.e. 25−220 AD. The book was gradually updated and amended so that it incorporates new options for reishi use that were being discovered. Of course, written references to reishi can be found in other texts, too, such as in Ben Cao Gang Mu. The “Western world” didn’t “discover” reishi until 1781 when it was described by William Curits. Unfortunately, modern medicine still overlooks and ignores it, though this is slowly changing and many experiments, studies, or clinical studies have been made since the 1960s, confirming what others knew as early as thousands of years ago. We discovered reishi’s ability to change immune system activity, kill cancer cells, prevent diseases of affluence, etc. This will be discussed further.