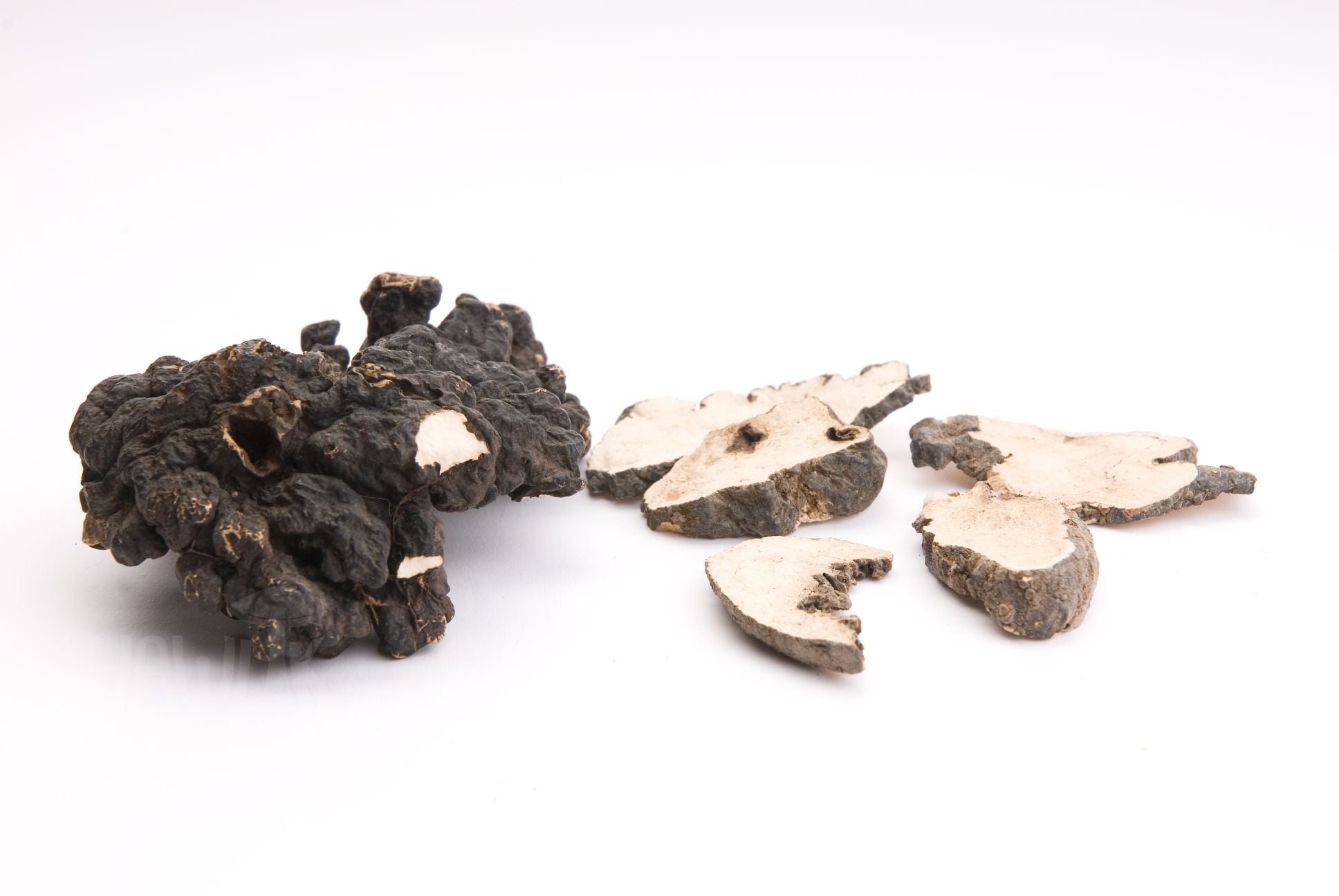 Polyporus (Polyporus umbellatus, Grifola umbellatus, Zhu Ling, lumpy bracket) is a wood-decaying polypore fungus that’s found at the base of healthy leafy trees, and also on wounded or dead trees and stumps. Most often, it infests oaks, hornbeams, and beeches. Its fruiting body forms from the stipe which grows away from the tree and then branches into “small mushroom stems”. These stems have tiny, regularly spaced, and wedged caps, forming sort of a cluster. This allows the entire fruiting body to be more than 50 cm in diameter. Polyporus grows in the temperate climate, i.e. in North America, Europe, and Asia. It can be also found in the Czech Republic, mainly in Elbeland, southern Bohemia, Moravia, etc. The mushroom is highly demanded which is why it’s cultivated for commercial purposes. Polyporus first became a subject of scientific study in 1801 when Ch. H. Persoon gave it the name Bolletus umbellatus. Only in 1821 was it classified as a member of the Polyporus genus by E. M. Fries, a Swedish mycologist. However, polyporus had been well-known for a very long time, primarily in Asia where it was first mentioned as early as 2,500 years ago. At the time, it was used as medicine; this is described in documents written during the days of the Han dynasty or in the so-called “herbals” (Shen Nong Ben Cao Jing, Zhong Hua Ben Cao, BenCao Gang Mu). In that era, polyporus was used to treat swelling, perform drainage, deal with diarrhoea, etc.

These medical benefits have been confirmed by modern science, as a result of many studies and experiments.