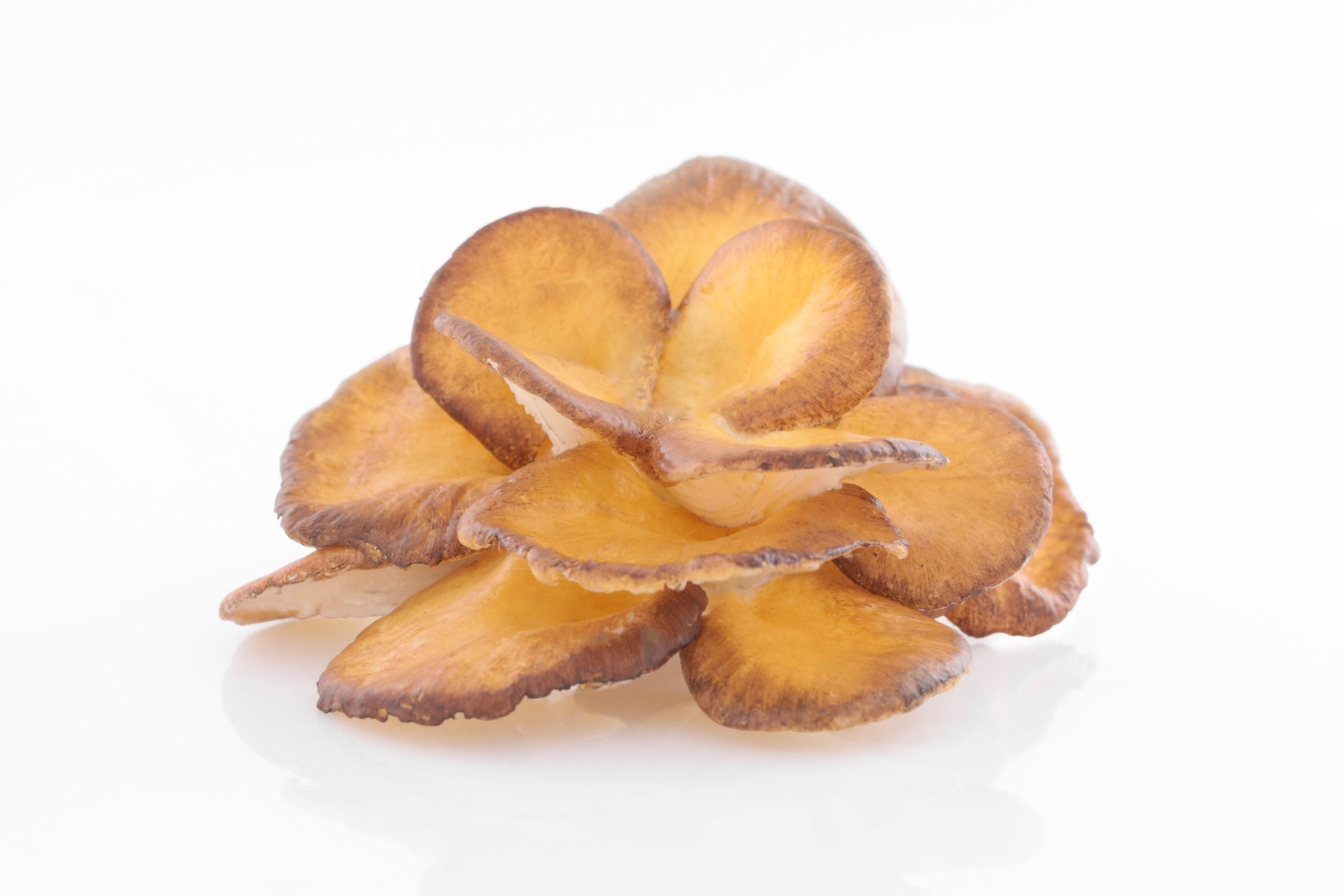 Maitake (Grifola frondosa, Hui Shu Hua, hen of the woods) is a wood-decaying, edible, and very delicious fungus. Its natural environment is in the Northern hemisphere though it now rarely grows in the wild. Maitake’s fruiting bodies are annual and take the form of large clusters that can weigh up to tens of kilogrammes. They can be found at the base of trees and roots of leafy trees. Picking is done in autumn, most frequently in September and October. Maitake is undoubtedly best-known in Asia where it’s used for food preparation. Its medicinal effects have been known for thousands of years. Historical records explain why it’s also called the dancing mushroom (translated from Japanese)- one had to be very lucky to find it at all, and the successful ”mushroom hunters” literally danced out of sheer joy upon seeing their “catch”. Traditional Chinese medicine has been harnessing maitake’s medical effects for a long time. The mushroom’s described in sources dating back to the Han dynasty (206–210 AD). It can also be found in the Chinese Shen Nong Ben Cao Jing “herbal”. Nowadays, the interest in this fungus is on the rise as multiple studies have confirmed its benefits to humans. It’s been grown artificially for commercial purposes ever since the 1980s.