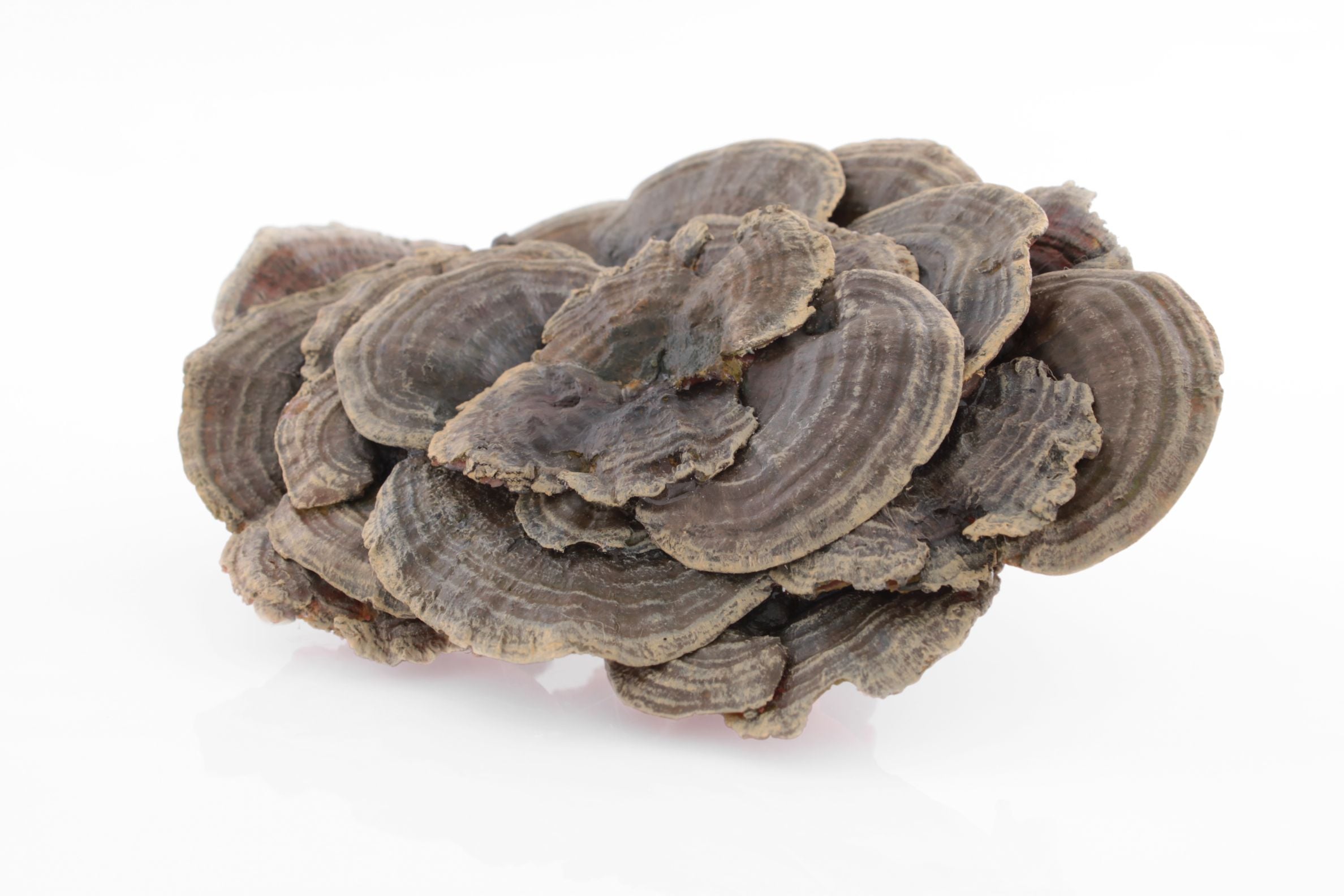 Coriolus (Coriolus versicolor, trametes versicolor, turkey tail mushroom, Yun Zhi in Chinese, kawaratake in Japanese) is a wood-decaying fungus, an inedible member of the Polyporus family. Coriolus grows throughout the year and is found mostly on living wounded or dead trunks or stumps of leafy trees in the temperate climates of Asia, North America, and Europe. Its fruiting bodies are fan-shaped, hence the English name, and form cascades of clusters. The cap is ca 2−8 cm in diameter, typically with beige stripes on a brown or grey background and a velvet-like surface.

Coriolus has been well-known for a very long time. In comprehensive texts from 1368 AD, i.e. from the era of ancient China and the Ming dynasty, it’s claimed that coriolus was used to strengthen physical and mental health and the chi energy. Traditional Chinese medicine still uses coriolus as a medicinal mushroom. The “scientific” world didn’t discover it until the 1970s when a Japanese scientist managed to extract the so-called PKS polysaccharide from the mushroom, proving its immune-stimulatory effects shortly thereafter. Further experiments, conducted in 1965, confirmed that PKS had antineoplastic effects. In Japan, they began using in practice around 1980 as a part of a standard anti-neoplastic treatment. The same goes for Korea where coriolus is administered to almost 70% of cancer patients. Since the 1990s, there’s been a large number of clinical studies which confirm coriolus’ effectiveness.