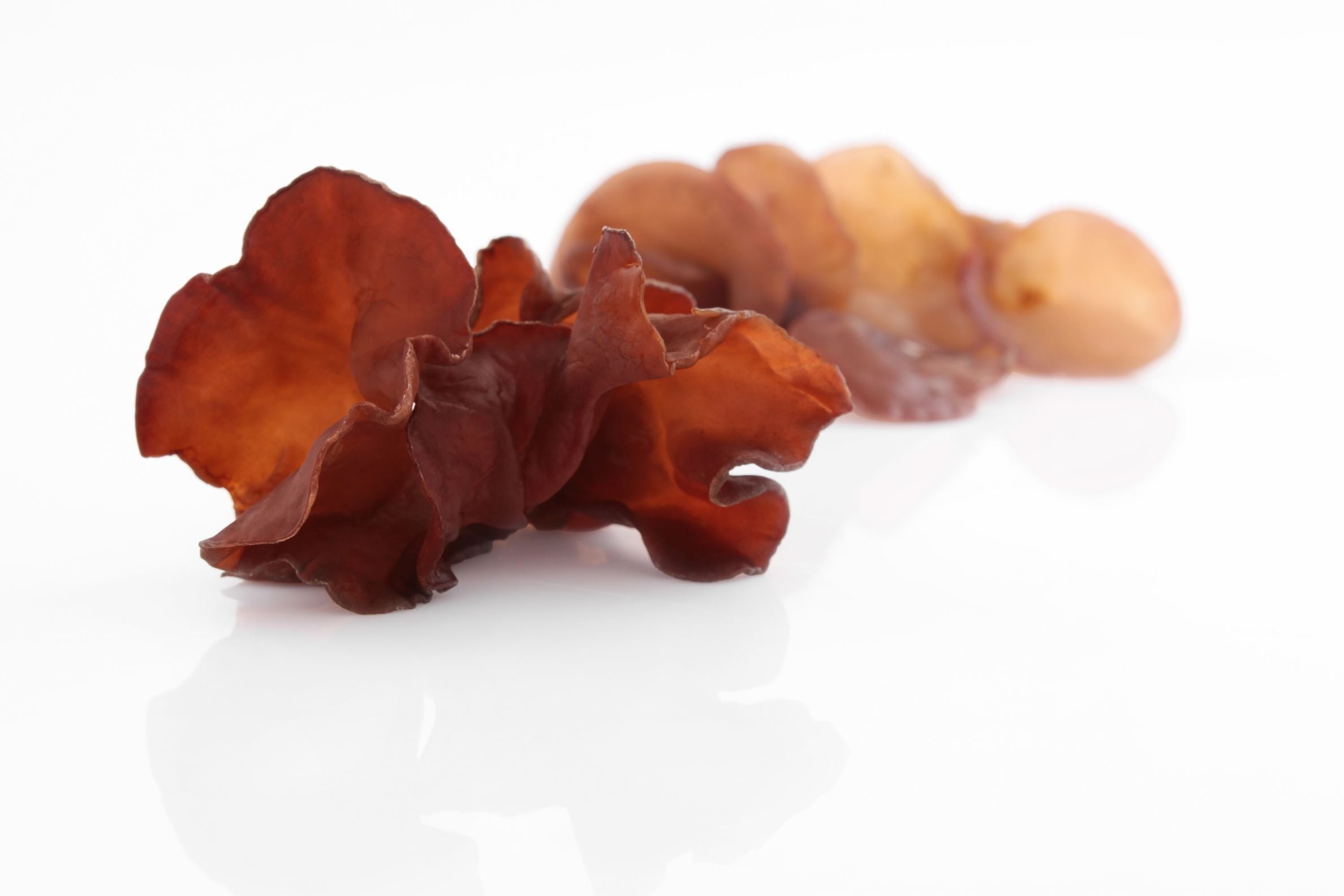 Auricularia (Auricularia polytricha, cloud ear fungus, in Asia known as Yung ngo, kikurage, mokurage, also called wood ear mushroom) is a wood-decaying edible mushroom. Its fruiting bodies mainly grow on trunks and stumps of leafy trees (maple, oak, ash, elder) where they form clusters. Auricularia can be found throughout the year, i.e. in winter too, unless the weather’s especially harsh. It got its name from its shape and consistency as it resembles the human ear, auricle in particular. This is caused by the gelatinous, elastic, rubber-like structure of the fruiting body whose surface is often covered with soft hairs. The fruiting body is various shades of brown. Auricularia is frequently added to Asian meals. Neither its flavour or scent is distinctly mushroom-like, but due to its consistency, the fungus still gives the food another dimension, i.e. a mild sense of crunching. However, auricularia isn’t just a sought-after ingredient, but mainly a medicinal agent which is used by, for example, traditional Chinese medicine, to treat numerous health issues. Historical records prove that auricularia was used and purposefully grown all the way back in 600 AD as a part of traditional Chinese medicine. There are documents which suggest that it was intentionally cultivated as early as 600 AD. The fungus was scientifically described and classified in 1789 by J. B. F. Bulliard who termed it Tremella auricula-judae; only in 1897 was it re-termed and classified among the Auriculariaceae family by R. Wettstein, an Austrian botanist.